Many people now search rolls of coins looking for silver dimes, quarters, and half dollars.

I’ve previously written about coin roll hunting, one of my favorite childhood activities.

But there is another way to cash in on old coins.

It involves pennies of certain dates, and it explains why there has been more than one recent report on penny hoarding around the country.

Our story starts with these basic facts…

Copper prices constantly change, but the trend has been upward.

As this is written the price is $3.11 per pound, which makes the copper value of each pre-1983 penny about 2 cents (there is also some scrap metal value in the 5% zinc that they contain).

Of course there’s a big problem here; it is illegal to melt down U.S. coins…

Many people are anticipating the discontinuation of the penny, and even President Obama is okay with ditching the penny.

When it is no longer considered legal tender hoarders will be free to melt those pennies and cash in their stash.

But are people really hoarding old pennies in any quantity?

In an ABC News story on penny hoarders he shows off the 200,000 pennies that fill buckets in his garage.

The reporter also visits a man who has a large penny-sorting-and-selling operation.

My Own Penny Experiment

I was curious enough about the potential profit to do a couple simple experiments.

I sat in front of the TV and sorted them.

Here’s what I found…

Dimes – Yes, there were three dimes mixed in, so I was already 27 cents ahead.

Wheat Pennies – I found three of these too.

Sometimes called wheat-back pennies, they were minted from 1909 to 1958, and often have some value to collectors, so I set them aside.

In theory that’s an extra $1.51 value, since each one has about 2 cents worth of copper in it.

It was fun, something like a treasure hunt, but it would be a tough way to make money.

Of course these were just tests, and you can’t to do the sorting by hand, or you probably wouldn’t make a dollar per hour.

But the bigger problem is getting a supply of pennies.

I’ll get back to that in a moment, but first let’s look at…

How You Actually Sort Pennies

The Apprentice Legend Sorter from Ryedale Inc., for example, claims to have a 99.7% success rate.

That’s just 30 of the newer zinc pennies in each batch of 10,000 that come out of the copper side of the sorter, and they claim you can fine-tune it to work even better.

How You Actually Profit From Pennies

There are at least four ways to make money sorting and hoarding pennies.

Let’s look at each plan in more detail…

1. Hoard and Wait – Just saving them for future sale makes sense if you plan to live in the same place for a long time and sort a few hundred dollars’ worth at a time.

Saving the few pre-1983 pennies you find in change each week won’t amount to enough to bother.

You’ll probably want to eventually have something like $10,000 in pennies and wait until a change in the law and rising copper prices make them worth $30,000.

2. Invest and Wait – You can buy old pennies right now on eBay (and possibly other places) for a premium over face value.

You would save the time and trouble of going to the bank repeatedly and buying a sorting machine, but the melt value is only about $25 more than what you’re paying.

If the price of copper levels off and you sell for say $137.50 in a few years (the buyer has to melt them and make a profit after all), you’ll only be 10% ahead on your investment.

On the other hand, if you have a strong feeling that copper prices are going much higher in the future (maybe because China is hoarding copper), and you buy a bit cheaper, this might make sense.

One nice thing about this type of investment is that as long as pennies are in circulation you can never get less than face value for your investment.

3. Sell Your Pennies Now – The flip side of those purchases on eBay is selling your pennies there.

That’s unusually high, but it did include shipping, which brings up another question: What does it cost to ship pennies?

I found instructions for shipping pennies using the post office’s flat-rate boxes and looked up the price from here in Florida to Seattle, Washington.

A Priority Mail Large Flat Rate Box will hold 10,000 pennies, so you can ship up to $100 face value using these if-it-fit-we-ship-it boxes.

You do have the time and the cost of the sorting machine to consider of course, but these auctions are going on all the time, so maybe it makes sense.

4. Watch for Treasures – As you sort your pennies you might see some really old ones.

Check them out using an online coin price guide to see if they are worth something.

There you have it: Four ways to cash in.

Are you ready to start penny hoarding?

Since I first wrote this post last year, the price of copper has dropped to around $2.40 per pound, and the penny-buying activity on eBay seems to have dropped off significantly.

I wouldn’t consider buying a penny sorter until the price goes to $4 per pound.

Then there is the problem of supply.

I only bought 800 pennies for that first test because that’s all the bank would sell to me.

It seems that banks (at least around here) no longer carry the $50 bags of pennies.

My hunch is that you could spend many hours (and gas) running around trying to find rolls of pennies to buy, making the ultimate profit too small for the time.

Of course, if your penny hoarding plan is to buy already-sorted pre-1983 pennies, you might get a better price now.

Then you can sit and wait, knowing that in the worst-case scenario you can spend your hoard at face value.

Few other investments have an absolute limit on how far they can drop.

Your Thoughts: Are you saving your pre-1983 pennies? 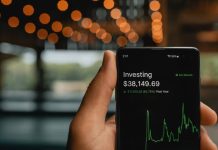 Investing As An Amateur: How To Learn Best Practices 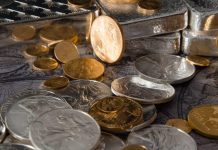 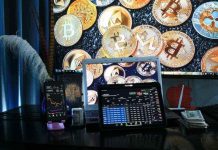 Tiger Woods Net Worth Will Surprise You

A Quick Tax Guide for the Self-Employed