Thanksgiving is a time of gratefulness, at least in theory.

But how grateful are we for what we have if we feel the need to go out and buy so much more a few hours later on Black Friday?

Thank you universe (atheist version) for all you have given us…

but it’s just not enough.

Of course now we don’t even wait until Black Friday to start shopping.

Most of the stores start their sales on Thanksgiving Day.

Some people complain that this is ruining the time traditionally spent with family, while others are undoubtedly happy for the excuse to escape the crazy cousins and grandparents.

Of course these early sales do mean you have to eat earlier to be ready in time for the sales that start at 5:00 or 6:00 pm.

And I imagine they’ll start even sooner next year.

Ana, my wife, says people will probably have to start having Thanksgiving Breakfast instead of dinner, so the rest of the day can be devoted to shopping.

On the other hand, given the ongoing trend of earlier and earlier Christmas shopping, the whole Black Friday phenomena may recede to mid-July soon (oh wait, Amazon already did that with “Prime Day”), leaving people free to enjoy Thanksgiving Day with family once again.

If you think that’s a joke, read on…

I don’t participate in Christmas, a decision that has saved me thousands of dollars and a lot of stress over the years.

But I do hate to pass up a good sale if it’s for something I need, so I watch the Black Friday advertisements.

This year I hoped to get some jeans at Walmart.

So, with my wife off reading poetry in Ecuador on Thanksgiving (we’re not too traditional) I ate Thanksgiving Breakfast (a peanut butter sandwich — see the last parenthetical comment), and at 6:00 pm went to Walmart.

The lot was almost completely full.

Clearly people had had enough of stuffing themselves with stuffing and listening to their uncles screaming at the football games on the TV (it is football on Thanksgiving, right?).

I parked a long way from the door and enjoyed the cool 80-degree Florida evening walk.

I worked my way through the crowds to the main aisles, where the giant boxes full of sale items were lined up.

It was so crazy that I had to stop and watch.

I actually stood there for several minutes, taking it all in.

A guy in a wheelchair, trying got get to electronics, made it two feet in two minutes.

People weren’t being rude; they would have moved to the left or right, but there were more people there.

I have never seen a store so packed full of people.

But it wasn’t all busy.

I looked over to the frozen food aisle, and it was empty — something I had never seen before in this Walmart.

Then I saw something I had always thought was a cultural myth; a buying frenzy.

I watched people grab crock pots and toys and electronics left and right and load up their carts like they would with groceries before a hurricane — all without any idea what the prices were!

Walmart had been caught unprepared and hadn’t priced many of the items.

I understand not worrying about prices when loading up on food before a storm, but this was a kind of hunger I couldn’t relate to.

The cheapest movies were $1.99, and the titles were more limited this year.

I joined the hundreds of people filing past the big displays and picked out two DVDs.

Then I realized that without Ana’s memory available, I couldn’t be sure if we had seen one of them, and the other might be available on our streaming Netflix selection.

I put them back.

Wrangler jeans, normally $17.77, were on sale for $10 — something I had to confirm by locating a scanner, since the sale prices were not posted.

I needed a new pair of jeans, so at least there was that.

I was done shopping.

I spotted a cashier behind a wall of carts filled with large-screen TVs and got in line.

To be fair, the lines went pretty fast, and soon I was home, playing chess online.

But that’s not quite the end of the story…

The next day I went back to buy a few groceries.

It was officially Black Friday but the aisles were emptier than I had ever seen them.

I grabbed my food and went to one of several cashiers who had nothing to do.

I had never seen three empty checkout lanes in a row at a Walmart before this day.

Your Thoughts: Did you go shopping on Thanksgiving, and what will you do if they start the Christmas sales in July?

Image by Christophe Dombres via Unsplash 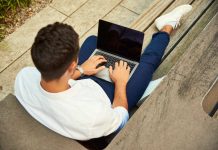 A Quick Tax Guide for the Self-Employed 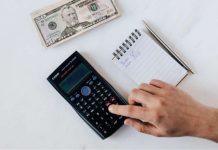 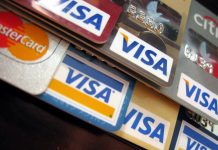 Credit Card in Traveling – Save Expense and Enjoy Convenience

How to Make money in 2021 selling Yummy Hot Tamales!