Ever wondered how to Become a Pilot Car Driver?

How to become a pilot car driver is not a mystery.

It’s one of those jobs that unless you have a reason to know about, you’re not likely to run across.

However, it is an important job nonetheless and it’s one you can easily get if you are interested in it.

These are cars that travel in front of wide body trucks which are carrying things such as mobile homes and aircraft wings.

They have flashing lights and sirens intended to warn traffic up ahead that an especially large load is heading their way and they’d best clear a path.

Becoming a pilot card driver is not difficult to do.

In fact there is no requirement for a college degree and in most states, you don’t even need a high school diploma.

Editor’s note: The following recent article from the Bellingham Herald shows that the requirements for getting the job are not all that burdensome. However the position does carry a lot of responsibility: Pilot car driver ‘horrified’ by bridge collapse

Want to know more about how to become a pilot driver? Check this new article on a similar topic.

How Much Can You Make as a Pilot Car Driver?

Most pilot car drivers work for themselves in their own companies.

You’ll simply need a car and some basic training in order to do the job.

However, if you were to take a job with a pilot car company, you could expect to earn around $34,000 per year on average.

Working in your own company, you set your own income levels based on how much work you want to do.

If you wanted to make even more money or you were interested in steadier work (pilot cars are only required for oversize loads).

Then you may want to look into being a truck driver in addition to or instead of a pilot car driver.

This way, when there is no work for you as a pilot car driver, you’ll be able to continue to earn a living.

Keep in mind that your job will entail moving ahead of a wide load truck.

This means moving slowly so that the wide load truck can keep up with you and this also means having maps and knowledge of the road.

Pilot car drivers also need to know how to direct traffic and of course, you need to be really comfortable in your car.

Because you will be spending a great deal of time in it for your work.

Want to know more about how to become a pilot driver? Check this new article on a similar topic.

Generally, you need to have a driver’s license at the very least in order to become a pilot car driver.

Other states require that you merely follow the rules for pilot car drivers (though it’s up to you to learn the rules).

Start by talking to a pilot car driver in your area.

Most are happy to discuss the business with someone else who may be interested and will show you the ropes.

Ask if you can ride along for a few of their jobs so you can get the feeling for the job.

Be sure to check with your new friend what laws (if any) govern pilot drivers in your state so that you can become fully licensed.

Oversize Load Superstore – This a store where you can buy all the equipment you’ll need to become a pilot car driver. Basically, you’ll need special signs and a siren attached to your car.

US & Canada Pilot Cars – This a good place to advertise your new business if you decide to strike out on your own as a pilot car driver.

Image by Tom P. via Yelp 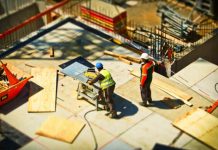 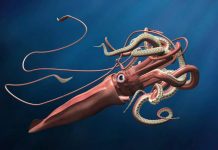 How To Become a Cryptozoologist 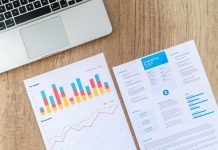 Breath Odor Evaluator: How to Make Big Money in 2020

Working as a Dog Food Tester: How to Make Big Money in 2020