You may enjoy reading about money-related research, but you can’t always use what you learn.

For example, studies show that tall people make more money than those who are shorter.

What can you do with that little factoid?

And did you know men get an average raise of 6 percent when they have a child, while women face an average pay cut of 4 percent per child?

That discouraging information is only useful if you make family plans based on maximizing your career progress.

Then there is the research on money and happiness.

The findings are interpreted many ways, with some reports that money doesn’t buy happiness and others claiming money buys happiness up to a point.

So you might wonder if science can teach you anything about making more money and whether that will translate into more happiness.

Fortunately, there is some recent research that could be useful, and we’ve rounded it up right here…

There is plenty of data to suggest that education helps boost income.

You can also make more money by aiming for the highest paying jobs and/or moving to one of the cities with the best jobs. But recent research has also turned up some surprises.

For example, to make more money you might want to…

Although it isn’t clear why this is the case (there seem to be a variety of factors), you might want to quit anyhow, since the savings could be the equivalent of a large pay raise.

Other research shows that if you wager money you’re more likely to quit smoking, so make a bet or two with friends.

Exercise – Employees who regularly exercise make 9 percent more money than those who don’t, according to recent research.

Yes, in case you’re wondering, the added income more than offsets the cost of a gym membership.

It isn’t clear why exercise leads to higher wages, but getting into shape doesn’t have many downsides.

Be More Attractive – It may be unfair, but studies show attractive people earn more money.

The difference is greater for men (9 percent) than women (4 percent).

So making yourself more attractive might lead to more career success.

Sadly, doing so might also help perpetuate the idea that attractiveness indicates productivity — which employers already believe (at least subconsciously), according to the research.

Prior research on money and happiness can be summed up like this: Happiness increases with income up to a point (about $75,000 in household income in the US, for example).

Poverty is stressful and difficult.

On the other hand, once you have everything you need, it seems unlikely that having more and more of what you want will make you happier and happier, doesn’t it?

Diminishing returns have been noted in almost every study of income levels and happiness.

Contrary reports on whether money “buys” happiness or not are mostly a matter of perspective.

It’s easy to find a headline like “Science Confirms: You Really Can’t Buy Happiness,” but is that just a perspective of a middle-class reporter, who sees that at his income level he can’t increase happiness with a bigger paycheck?

Inevitably those same articles will mention in passing that research shows happiness does increase with income when starting from lower income levels.

So aiming for a decent income is not a bad idea if you want to be comfortable and happy.

But there is more to the story…

How to More Effectively Buy Happiness

The data shows that consumer spending is rising faster than income, and yet vacation time is near a 40-year low in the U.S.

It seems our money is going toward things more than experiences, which is exactly the wrong way to buy happiness.

Recent research shows that whether money makes you happier depends not just on how much you have, but on how you spend it.

Specifically, studies find that spending money on experiences makes us happier than spending it on things.

So you might want to pass on that larger television and instead spend the money on a trip overseas.

And you might want to take an interesting class or go backpacking instead of buying a new couch.

Research also shows that spending money on others can make you happier.

So maybe you can combine that trip overseas with helping people at your destination.

Or buy a new couch for someone who can’t afford one.

Or pay for a friend to join you in that class or on that backpacking trip.

To put it all together, here’s your three-step scientific prescription for greater happiness through money:

Spend money on others.

Your Thoughts: Does money bring you happiness, and have you used any of these strategies to make more? 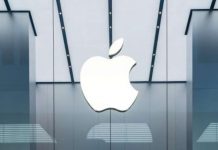 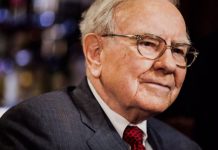 Lord Jacob Rothschild Net Worth Will Surprise You

3 key steps to prepare for coronavirus impact on your business