One of the more unusual careers you may wish to consider if you happen to be Jewish is to become a sofer stam.

A sofer, which is Hebrew for scribe writes ritual books and other objects completely by hand.

The work is considered largely a calling for people who do it as it is often a rather tedious kind of job.

Here’s what you need to know:

Under Jewish law, the Jewish bible (i.e. Torah), Megillah (book of Esther), mezuzah (a small piece of parchment affixed to the doorways of Jewish homes) and Teffilin (leather boxes with bits of parchment with parts of the Hebrew bible mentioned on them) must all be written by hand.

They must also be copies directly from an existing copy of the item in question.

This means that a torah for example must be written painstakingly letter for letter by a trained scribe who understands how to manipulate the quill.

A sofer stam (stam is a Hebrew acronym which stands for Sefer Torah [Hebrew bible], Teffilin and Megillah/Mezuzah) must also understand how to create the quills, which are made exclusively from chicken feathers (metal quills may not be used for this purpose under Jewish law).

There are also a number of ritual laws one must learn in order to become a sofer.

A sofer can make a decent living doing what he does (it’s almost exclusively a male dominated profession with women sofers welcomed only by the Reform and Conservative movements of Judaism – Orthodox Jews insist on men only), however he needs to be fast and accurate.

Talented sofers are able to write two-three Torah scrolls per year for example and can earn as much as $20,000-$30,000 for each one after the cost of raw materials (ink, quills and parchment) are taken out.

How to Become a Sofer: Ways to Make More | Related Opportunities | Tips

Keep in mind that this is not a creative job at all.

It’s quite similar to calligraphy in that you must learn a stylized way of writing.

However, unlike calligraphy, you will not be expected to add your own flare to your work.

The sofer’s job is it copy the material he sees as accurately as he possibly can.

Generally, this work is done exclusively by Orthodox Jewish men. However a handful of women have become sofers under the auspices of the Conservative or Reform movements of Judaism.

These women sofers are often in high demand by communities wishing to have a Torah written by a woman rather than a man as a kind of affirmative action sort of effort.

It is also possible to make money checking all manner of ritual objects for mistakes and or damage.

Since each object is written by hand, ink sometimes can flake off and will need to be repaired.

It is important however to realize that with certain objects, such as a mezuzah, when the ink flakes off, they cannot be repaired. The Mezuzah must be written in order. You must write the Mezuzah from the first word to the last word. And you cannot go back and make corrections in the middle.

The only way to correct something in the middle would be to scratch out everything you’ve written and start over, however it is also forbidden to scratch out the name of God).

While there are no licensing requirements to become a sofer, generally you will need to take a class from a qualified sofer who will teach you both the technique required for writing the ritual objects as well as the Jewish laws associated with creating these objects.

The course of study usually takes around six months or so and culminates with a project to write a Book of Esther. This is considered the easiest project for a Sofer because the Book of Esther doesn’t have to be written in order,

The Book of Esther is also significantly shorter than a Torah.

Start by finding a sofer class in your area.

You’ll find them offered in most major metropolitan areas with a significant Jewish population.

If you cannot find one, contact your local rabbi for information on where to find one.

Diary of a Sofer – A personal blog from a professional sofer about life as a sofer. 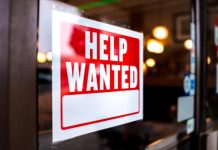 Steps After Hiring a New Employee 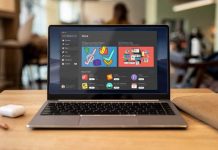 9 Mac Apps for Small Business Owners, From Convenient to Essential 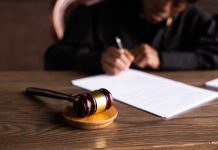 Top 13 Reasons Every Small Business Must Invest In Email Marketing