Believe it or not, there are people who are paid for doing roadkill cleanup.

To do roadkill cleanup, in fact, they are paid quite well (considering that it is mostly unskilled labor) for doing it.

In essence, you spend your day driving around in a truck and picking up the carcasses of dead animals who were killed along the side of the road.

No, it’s no glamour job and it can be kind of depressing and even smelly.

But, as the saying goes, it’s a dirty job by someone’s got to do it.

There are both government jobs in this business as well as private jobs.

Sometimes, the city or state will arrange for their own roadkill cleanup crews who drive around in government vehicles.

They draw a government salary, usually a decent one, though not necessarily a great one.

Creating your own roadkill cleanup business

However, there is also the possibility of creating your own company.

Your company would then contract out with the city or state to provide the same services that they would have had with a professional service.

Often, if you own the company, you can make more money by getting a contract like this, but be aware that the business can be competitive.

You’re likely not the first person to realize that a stinky job can be a pretty well paid one.

Therefore, you will need to make your bid competitive.

And make sure the city or state picks your company and not another one for their needs.

The amount you can earn for doing roadkill cleanup varies widely.

Many people talk about getting just $15 an hour for doing the job (then again, for what is basically an unskilled, if disgusting job, the money isn’t horrible).

However, those running their own companies which subcontract with the state or city can often take in a decent living.

Sometimes running to the high five figures and even low six figures.

It really depends where you work, whether you are working for someone else (who after all has to make a living also) and how willing you are to go the distance for the job.

Aside from government jobs or contracts, it’s also possible to land additional work, especially if you run your own firm, contracting with private individuals.

Sometimes, a raccoon will crawl into someone’s attic to spend its final days.

Homeowners will have to pay good money for someone to come in, remove it and get the smell dealt with as well.

One of the most important things that most roadkill cleanup technicians mention that they need to have is human empathy.

Especially if you are cleaning up in someone’s home.

You could easily be cleaning up the family pet who got him or herself stuck somewhere inaccessible where it died from starvation.

However, even when cleaning up by the side of the road, you often will have to deal with people who are distressed.

People are often distressed over the experience of having found a dead animal and they need comforting.

Roadkill cleanup is part therapist and part clean up crew

In general, if you can deal with the smell and the emotional trauma, you may also want to consider working with companies specialize in the removal of human remains.

As horrible as it may sound, the experience is not very different from removing a dead animal from someone’s home.

Sometimes, when a murder occurs, special cleanup crews need to be brought in to clean the site.

Other times, if someone dies and isn’t noticed for a while, there can be all kinds of contaminants to clean up.

It’s a disgusting job, but like roadkill cleanup, it’s something many people don’t want to do and as such it’s pretty well paid work all things considered.

You will typically need to go for a certain amount of training in order to land a job working in roadkill cleanup.

The training can last from one month to several months and will typically involve:

First Steps to do roadkill cleanup

Start by looking for entry level work either with a private contractor or with your local city or state roadkill cleanup authority.

You are unlikely to be able to start your own business just because you walk in and say you are interested.

But eventually, you can work your way up to that if you take the time to learn the ropes first. 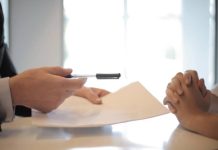 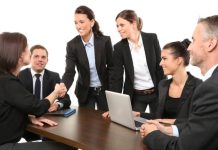 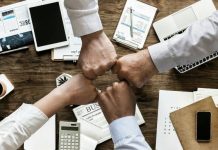 Benefits of Investing in a Franchise Business

How to Make $700 With a New Discover Card

Are Cash-Back Websites Worth the Trouble?