So What Is Tiger Woods Net Worth?

Tiger Woods net worth mainly comes from sponsorship. Tiger Woods is easily one of the best professional golfers to have walked this planet.

Not only was he the youngest (and fastest) player to win a total 50 tournaments on tour, but he also holds the record for being the “world number one” for most consecutive weeks.

His unmatched talent and great marketability made him one of the richest athletes in sports. Today, the golfing legend is worth more than $820 million, but that number is projected to break a billion over the next few years.

Tiger’s golfing career began when he was still in college. But his amature career lasted just two years, and thanks to his impressive performance on the green – Woods managed to turn pro at the young age of 20.

Only a year after his first professional game, Tiger secured his first major win – outperforming the second place by an impressive 12 strokes. This first win paid out nearly $500,000, but that was only the beginning. Over the next few months, and a couple more world-class performances, Tiger was ranked as the best golf player in the world – a position he held for more than 10 cumulative years.

Over the course of his career, Tiger won the PGA tour 79 times, the European Tour 40 times, and countless other tournaments. His strong golf game net him more than $150 million in tournament wins alone. What might surprise you, though, is that his winnings, account for just a small fraction of his total earnings.

More than 90% of his income actually comes from sponsorships. Since the start of his career in 1996, Woods received more than $1.3 billion in sponsorship income alone. The only reason his net worth isn’t higher than the already impressive $820 million it is today is because of his nasty divorce, and of course, taxes.

You’re probably aware of the infidelity scandal that cost Tiger his marriage (not to mention some of his popularity). The settlement also hit the golfing superstar for more than $100 million, which must’ve hurt. That said, Tiger isn’t crying about his losses, considering he has more than enough money to last a few life times.

With a net worth just shy of a billion dollars, Tiger doesn’t have to hold back in any regard of his lifestyle. The superstar lives on a giant, 10-acre ocean property which cost about $55 million to build. The estate boasts virtually any amenity that you can imagine, including a full sized golf course in his “backyard”.

Woods has a number of other houses too, which he uses when he wants to take a break from his castle. He has a $2.6 million home in Orlando, a gorgeous villa in Hawaii, and a few others. His Florida home has a dock, where he leaves one of his two boats. Keep in mind these aren’t just regular “yachts,” but are pretty much small cruise ships. One of the boats employs a permanent crew of 12, and comfortably sleeps more than 25 guests.

In his garage you’ll find a number of exotic sports cars, including a Cadillac Escalade, a Buick Enclave, Porsche Carrera GT, Lexus LS 460 Sedan, and a few Benz’s. Oh, and – he obviously has a private jet which seats about 20 people.

Aside from spending his money on boats and airplanes, Tiger Woods likes to give back. He is affiliated with a number of nonprofit organizations, that primarily help underprivileged kids. Woods is also the founder of the Tiger Woods Foundation, which provides youngins with the tools and opportunities they need to succeed. As part of the foundation, Woods also built a 35,000 square foot learning facility in California – designed to advance learning in underprivileged youth. 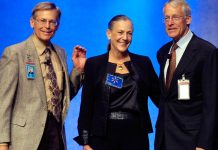 25 Richest Families in the United States 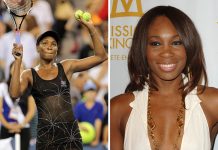 Is WealthPress as Good as It Claims? – A Genuine Review

How to Work from Home During the COVID-19 Outbreak