Believe it or not, ostrich farming for money is big business.

And it means big money for those who get involved in this somewhat unusual aspect of ostrich farming for money.

The fact is that ostrich meat is considered something of a delicacy in fine restaurants and ostrich eggs are prized for their unique taste.

Empty ostrich egg shells are also very popular with artists who paint pictures on the sides of the shells.

Ostrich farming is of course not for everyone.

But at the same time you need to be prepared to kill them when the time comes to harvest the fruits of your labor.

The work can be hot and dirty and it is mildly dangerous since ostriches are somewhat aggressive birds.

Especially when compared with the more commonplace chickens and turkeys most of us have on our dinner plates on a regular basis.

Here’s a clip from Mike Rowes “Dirty Jobs” show that will give you an idea of what it takes to run an ostrich farm:

How Much Can You Make Ostrich Farming for Money?

Formal salary figures for ostrich farming are not available, however it is worth noting that a fully grown ostrich can sell for as much as $40,000.

This is because virtually the entire bird is considered valuable, including the meat, the feathers and the leather, not to mention the unusually large eggs they produce.

Ostrich farming is still a niche market which few people go into. Ostrich meat, while considered a delicacy is a delicacy on a level similar to that of the blow fish in the United States.

Most people have heard of the stuff but comparatively few have actually tried it and fewer still actually eat the stuff on a regular basis.

This means that becoming an ostrich farmer means doing something rather unusual.

On the other hand, these giant birds (they can grow to be as much as 350LBs and 9 feet tall) are very unusual.

Which means that those who do want your product will generally pay more for it than they would for more readily available items.

Keep in mind that ostrich farming is rarely a one man (or woman) operation. It is often something which is engaged in by a whole farming team who work together to care for the ostriches.

The team also harvests the eggs and feathers and eventually slaughters the birds when they are ready to be sold for meat.

One way to make extra money from ostrich farming is to allow school groups to see the ostrich farm.

Children are often fascinated by these giant birds, however you do have to be careful as the birds can be a bit more aggressive than something like a chicken.

You may need to get a farming license to set up your ostrich farm, however there are no formal training requirements specifically for raising ostriches.

Instead, you need to know generally how to raise animals and especially birds in order to be successful at ostrich farming.

Start by visiting some ostrich farms and asking if there are jobs available.

Take a job helping out around the farm and learn the ropes of the business before you jump into creating your own farm, which can be an expensive adventure.

Check out these helpful resources to learn more about ostrich farming:

eHow: How to Start an Ostrich Farm – A surprisingly well written examination of the requirements to start ostrich farming, the references at the bottom are also quite helpful.

Image by Dušan Smetana via Unsplash 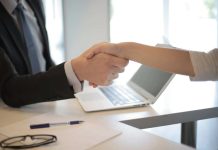 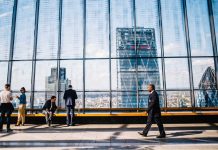 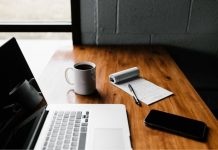 How To Make Money With A Fish Tank Cleaning Business

20 Consumer Hacks You Need to Know