So just what is a cryptozoologist anyway and how can you become one of them?

Well, to understand what this profession is all about, answer these questions: Have you ever wondered whether big foot really existed? What about the Loch Ness monster? If you answered yes to these questions, then you may well make a good cryptozoologist.

Both of these creatures, which are the stuff of legend and which most people dismiss as being nothing more than fairy tales are the bread and butter of the cryptozoologist.

A cryptozoologist is a person who investigates mythical creatures, creatures which are highly suspect or those which people believe to be extinct.

Mind you, not all cryptozoologists are complete kooks who hunt for the Sasquatch in the backwoods of the United States of America.

Many do indeed find creatures which ordinary science and ordinary zoologists believed at one point did not exist.

The giant squid for example was once considered to be nothing but a legend, though today, live giant squids have been photographed in their natural habitats, deep in the farthest depths of the ocean.

It is also possible for a cryptozoologist to track down reports of animals thought to be extinct which are in fact still to be found in the wild.

While these are also rather rare, such occurrences do happen and the cryptozoologist who finds such creatures become famous.

He is often credited with having rediscovered a treasure, a long lost creature which was thought to be gone forever.

How Much Can You Make When You Become a Cryptozoologist?

Most cryptozoologists do their work on a hobby basis rather than getting paid for the work.

That’s because cryptozoologists generally do not follow the scientific method in their investigations and as such often have a hard time securing research grants for their work.

That said those who do make discoveries which can be verified by more traditional science often can expect to get research grants.

With these grants they can explore other mysterious creatures and can make as much as any reputable scientist.

Remember that cryptozoology is not considered a hard science and as such, there is little in the way of professional training or other services available for the would be cryptozoologist.

Instead, you’ll find that most cryptozoologists do their work as a part time hobby rather than as a profession.

It does help however to have a solid grounding in traditional zoology so that you know what it scientifically possible when searching for creatures which seem to not be there.

Another field where those who like to explore what might be called “fringe” science can find fulfillment is in the world of the UFOlogist.

This is the scientific study of the phenomenon of unidentified flying objects.

Again however, this kind of work generally doesn’t pay much money and is usually considered to be a hobby for most people involved in it.

Qualifications / Requirements to Become a Cryptozoologist

There are no formal requirements or licensing required to become a cryptozoologist.

You will however need a thick skin since many people consider cryptozoologists to be crazy or obsessed.

It also helps to have a background in general zoology as this will help you to understand what is physically likely and even possible when searching for such rare creatures.

See if it’s something you are really interested in.

Then, look for your own passion of exploration to find specific things you are interested in investigating as a cryptozoologist.

Check out these helpful resources to learn more about how to become a cryptozoologist:

International Cryptozoology Museum – a museum dedicated to the findings of famous cryptozoologists. 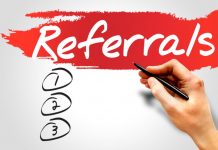 How To Start A Referral Business 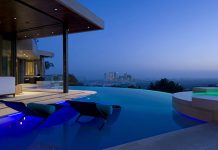 How to Raise Capital for Your New Venture

Credit Card in Traveling – Save Expense and Enjoy Convenience